The CERTAIN Destruction Of Our Nation

The Rule Of Law

The content on this site is provided without any warranty, express or implied. All opinions expressed on this site are those of the author and may contain errors or omissions. For investment, legal or other professional advice specific to your situation contact a licensed professional in your jurisdiction.

Market charts, when present, used with permission of TD Ameritrade/ThinkOrSwim Inc. Neither TD Ameritrade or ThinkOrSwim have reviewed, approved or disapproved any content herein.

But if it reminds of you what you'd like to see in certain other ways, well then it would look good on your wall, wouldn't it? 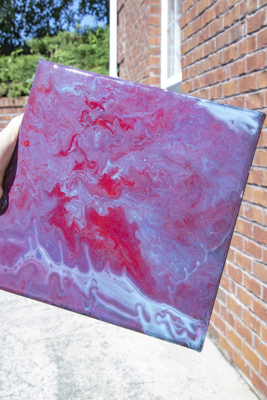 What Is REALLY Going On With Musk?
[Comments enabled]

If you recall one of the things I've written on in the past is whether or not so-called "user counts" have any sort of actual relationship to reality.  I've never been convinced they do.

Now in theory that which is filed in public company reports is true.  I say in theory because despite Sarbanes-Oxley I've never seen anyone go to prison for lying and yet we know many firms have in fact lied.  For example during the lead-up to the 2008 crash there were multiple financial firms that claimed to have some sort of value on their assets -- and then the FDIC came in, closed them, handed them off to another firm and somehow, magically, a third of that alleged "value" magically disappeared when they had just filed their quarterly report a few weeks prior.

Twitter claims that "less than 5% of the users on their system are bots/spam/fake."  Ok, that's testable.  It's also very material to the value of the company.  Indeed its the entire reason someone buys advertising on these sites and thus forms the basis of the entire firm's value; if the entire site is full of bots and not people then the value of said "advertising" and thus the company's value is zero.

So Musk asked (in public, natch) for the evidence that the "less than 5% bot" claim was true.

Well, once you have an agreement to acquire something you get to look.  It's no different than a house; if you think there might be something wrong with the foundation you can have it inspected.  Your purchase contract allows you to perform diligence to your satisfaction and further, if the seller is aware of a material falsehood that is part of the representations made he's required to disclose it.

As someone who has sold a company anything you represent as true is certainly fair game for the buyer to ask to see in evidence and that absolutely includes anything you publicly claimed to be true under penalty of perjury in a 10Q or 10K.

The argument that its "non-public" information that is used to prove this is crap; the entire purpose of the NDA that you sign when you enter into such a transaction and perform your diligence is that you get to look under the Kimono to your satisfaction.

Never mind this report -- that basically half of Biden's "follows" are fake.  Worse, 70% of Musk's are too according to that article.

Would you mind explaining to me how "less than 5% of the accounts are bots" when half of the President of the United States' accounts and 70% of Elon Musk's are, by audit, fake?

Is there any actual value in these "social media" firms at all or are they all ENRON on steroids?

And if the latter what makes you believe this is limited to a few tech companies?  When was the last time you saw an executive frog-marched for committing fraud, even if people are financially destroyed or die as a result?  It has been the explicit policy of the Federal Government to not charge or try corporations for felonies since Arthur Anderson, so why would you believe that every one of them isn't committing them, on a daily basis, by the score?

Virtually everything wrong with our American business and financial system comes down to one fact: Nobody goes to prison when they break the law in corporate America, even if the law clearly states that conduct is a criminal offense and carries prison time as a penalty or how badly it screws people -- even if that "screwing" comes in the form of human lives.

View this entry with comments (opens new window)
Either Hike 200bps Today and 100 Each Mtg Until PPI Cools...
[Comments enabled]

.... or watch the economy literally burn to the ground.

At the same time all inhibitions on energy production here in the US must be lifted immediately.  All of them.  All coal plants shut down but still operational and those intended to be retired must have those orders rescinded immediately.  Further, all refined product exports must be banned.

If you didn't get the hint from WalMart and Target's earnings announcements you're deaf, blind, stupid and might be starving and homeless within months.  Fuel prices continue to ramp, in no small part not because of oil but because we're exporting products to other nations, specifically Europe.  This must end now.

There is no instant solution but if we do not put a stop to the transportation cost and fertilizer problems now by this fall and winter the lower 50% of the economic strata in this nation will be hard-pressed to both feed their families and heat their homes.  That is the combination that leads to riots and worse.  Witness Sri Lanka where its already happening and politician homes are being set on fire.

Stocks?  Who cares.  The entire ramp from roughly 2011 onward likely will and should come back off.  If you believed that said price advances of roughly a triple over that period of time were reasonable you're nuts.  If you predicated your future or present on it there's nothing we can do to help you at this point; you ridiculously overpromised to yourself and overspent behind that.

Ditto for real estate.  There's nothing to be done other than let prices go back to where they should be.  They will, by the way.

We must neuter the medical monopolists.  Look to the right, there's an article on it.  That must happen.  Now.  If it doesn't in another couple of years CMS will be bankrupt.  For real.  If you're reliant on that, and millions of Americans are, you're not going to get it if this isn't fixed immediately and the only thing that will keep those people from rioting is that they'll be too badly-hosed medically to do it.

The mealy-mouthed nonsense coming out of the Biden Administration and the "fine people" at CNBC, along with all the pointing of fingers at Joe himself is all bone-headed stupid.  Trump was just as responsible if not more-so for the profligacy but neither side of the aisle has been willing to put a cork in this nonsense for the last ten years.

I've warned where this is heading, and you can read the link to the right on the medical side along with (at the bottom of that article) an implementation plan and its impact on spending for the last many years.  In fact it goes back to nearly the inception of this blog.

Nobody has wanted to hear it and everyone makes excuses, including among those who read these pages.

View this entry with comments (opens new window)
Ride It....

Ride the Sky 8*8 $98
View this entry with comments (opens new window)
MARTS: What Do We Have Here?
[Comments enabled]

I refer to the Monthly Retail Sales Report as MARTS (as does the link, if you follow it), and this month's (April data) is interesting.

Advance estimates of U.S. retail and food services sales for April 2022, adjusted for seasonal variation and holiday and trading-day differences, but not for price changes, were $677.7 billion, an increase of 0.9 percent (±0.5 percent) from the previous month, and 8.2 percent (±0.7 percent) above April 2021.

Note: But not price changes.

So let's have a look at the unadjusted numbers, since April is a fairly normal month (you know, not one with a holiday like... oh.... Christmas in it.)

The ex vehicles and gasoline is indeed up -- which is interesting, considering the ramping price of fuel (which skews everything if you don't exclude it.)  This is more than absorbed, however, by the consumer credit numbers in the revolving category, which tells you "how"; everyone charged it, basically.  That won't last.

Furniture, electronics, Health and personal care were all down on the month.

Building materials were up (as expected; this is the start of construction season) and clothing was up a bit.

Food and beverage was down on the month; is inflation hitting pocketbooks in the grocery store?  Hmmmm...

Sporting goods were down -- this is usually the start of "outdoor activity" season too, so that's not so good.

Non-store (Spamazon) was up, as were food and drinking places.  The latter is interesting, given what's not.

I'd call this a bit better than expected, I suppose -- especially considering the inflation numbers.

We'll see if it continues into the traditional summer months -- and whether the way its happening is wild-eyed "charge it!" consumerism.

One interesting point: WalMart reported earnings this morning and is out behind the woodshed getting it good, hard and dry.  It's hard to reconcile a "cheery" MARTS report with that, isn't it?